From Pokémon 3D Wiki
Jump to navigation Jump to search 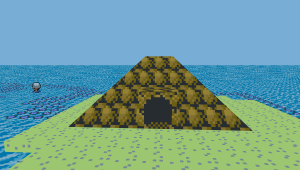 The Entrance to Lost Cave

Lost Cave is an island cave in the Sevii Islands, in the north of Chrono Island. Within the cave, the player can find and defeat Selphy, causing her to return to her house in Resort Gorgeous.

The cave lives up to its name of "Lost Cave", being similar to the Lost Woods featured in The Legend of Zelda series in that an incorrect turn brings the player back to the beginning. The rocks in each room hint at which direction the player needs to go, however, with the number of rocks indicating the clock position of the correct pathway to Selphy (3 = east, 6 = south, 9 = west and 12 = north). Deviations from this pathway will in most cases lead the player back to the room with the ladder and Lawson, however going the opposite direction from the prescribed path will, during certain points, lead to an item.

For a list for all locations see: Pokémon Locations